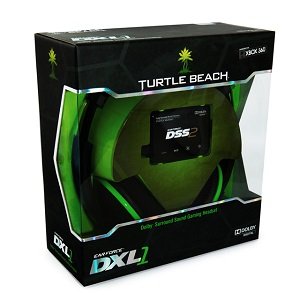 The Ear Force DXL1 delivers the Dolby Surround Sound advantage to Xbox 360 gamers at an amazing value. Combining the DSS2 surround sound processor with the XL1 amplified headset, the DXL1 will immerse you in the game with a stunning 360 degree sound field.

Featuring multiple EQ presets and adjustable surround sound angles, the DXL1 lets you enhance subtle sound cues and customize the audio for any gaming situation. Experience superior sound quality and extreme comfort with its massive 50mm speakers and lightweight design. The DXL1 also includes separate volume controls so you can find the perfect balance of game and chat audio.

If you’re serious about gaming, then get serious about the sound. Step up to the Ear Force DXL1 and experience game audio like never before. 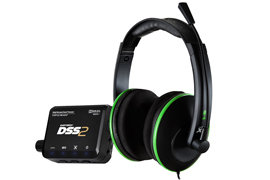 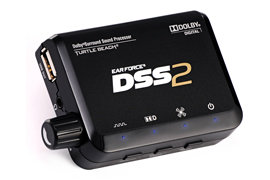 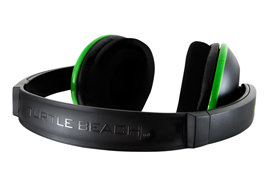 Adjust the speaker angles inside your headset to ensure that your 360-degree Dolby Surround Sound audio is fine tuned to your individual liking.

Bass Boost gives your audio a kick in the you-know-what to add depth and realism to the sounds of the game.

With independent game and chat volumes, turn the game sound up & chat volume down. Or turn the chat up and the game down. The choice is yours.

Know how people tend to scream when wearing headphones? With Microphone Monitor, now you can hear your voice in your headset so you’re not that person.

Listen to Your Own Music

Quickly plug in your smartphone or MP3 player and you can replace the game soundtrack with your own music.

The surround sound produced by Ear Force DSS2 (Dolby Surround Sound processor) that comes with this headset will ensure that you hear every sound in your game with pitch-perfect 360-degree accuracy. You can even adjust the angle of each speaker inside the headset so you can fine tune the surround sound audio to your specific individual taste.

We put variable bass boost at your disposal to give your audio a swift kick in the you-know-what when you need it to. You’ll be able to hear sound cues that are missed with conventional TV speakers, such as the sound of enemy footsteps or the click of a loading weapon in the distance. In short, you’ll react faster and take them out before they take you out, giving you the edge that can make the real difference between winning and losing.

Go Go Accessory is an online store where you can find the best Amazon products.

We know that it is hard to find awesome products on Amazon that suit your needs best. You spend hours if not days researching your desired product on Amazon but none fits your needs. We are here to help you.